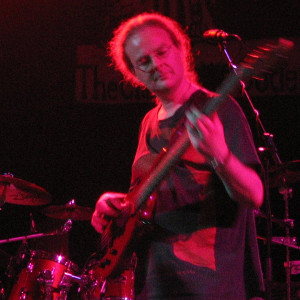 Welcome to my little bit of the web. This is the web space of me – Nigel Moss. Who am I? Hmm... Software Developer, Web Site Designer, Musician, Photographer, Greenpeace Active Supporter, Coffee Drinker, Newspaper Reader, Self Appointed Comedy Referee, Observer of All Things Going By... I could go into more detail, but then, what would be the use of the About Me section?

What do I hope to achieve with this site? Well, I want to tell you a bit about myself, show you some of my skills, and hopefully entertain you a little, too! It is home to my curriculum vitae and portfolio, some of my humble attempts with a camera and more!

After much experimentation and — to be honest — faffing about, I finally decided it was time to overhaul my site. This new version still holds pretty much what you would have found before (including the "film strip" picture above, which I couldn't quite bring myself to dispose of!), but in a crisper and more professional layout. Furthermore, I have tried to make this version as accessible as possible.

So I Made An Album!

I decided to take part in the RPM Challenge this year. The challenge is to record an album of original material within the month of February, with album being defined as at least 10 tracks or 35 minutes. I called my album "Learning Curve" as that is what the process has been and I'll blog about it soon. Meanwhile I've made it available on Bandcamp where you can listen to it, and download it for whatever you want to pay for it - free if you want. Listen to / get my album Learning Curve on Bandcamp. I've also written a blog post about the recording.

So I Made Another Album!

I did the RPM Challenge again this year, writing and recording an album called "5 Seconds Remaining" in 28 days. Listen to / get my album 5 Seconds Remaining on Bandcamp - pay what you want (from £0.00!). I've also written another blog post about recording my RPM 2015 album.

So I Made Yet Another Album!

My (now) regular RPM Challenge efforts continued this year, with a new album called "Third Angle Projection" written & recorded in 29 days. It's taken me a while to get around to writing about it, but I've finally blogged about it here, and as ever it is available on Bandcamp to download for whatever you want to pay (or not pay). I hope you like it.

So I Made Even More Albums!

I really should have kept updating this page every year with each of my new RPM Challenge albums, but I didn't. Since Third Angle Projection I have made several more albums each February, including...

The latest can always be found at my Bandcamp page, and I usually blog about the latest recording at some point (often only days before I start the next one to be honest...)